After working for Pirelli in Milan (1968-72) and for Pentagram Design in London (1972-76), Jean returned to Switzerland to establish a design studio in Zürich with his partner Kati Durrer. A small product with a big name cemented the Robert-Durrer reputation: Swatch Watches. From 1983 to 1989, under Jean’s direction, Robert-Durrer created the now famous Swatch style by designing the first 350 Swatch models. These watches revolutionized the watch industry, with sales rising from 100,000 to 100,000,000 between 1983 and 1990.

Since 1990, Jean has focused his energies on art and culture, designing books and corporate identities as well as posters for renowned private and state museums, publishers, and cultural institutions including the Kunsthalle Zürich, the Fotomuseum Winterthur, the Swiss Foundation of Photography, and the Museum of Design Zürich.

In 1995, together with his brother, photographer François Robert, Jean published Face to Face, in which everyday objects,from cameras to handbags, are shown to contain faces with an astonishing range of “expressions.” Jean has taught at Ohio State University as well as the Zürich and Lucerne Schools of Design.

Jean was an active member of AGI and was president of AGI Switzerland for many years. In 2010, he nominated me to be the new president of the Swiss group. Until he fell ill, Jean took part with great interest in our meetings and visits with new members. I will sorely miss our stimulating conversations and his prudent assessment of design as well as his collegiality and his sense of humour in particular. 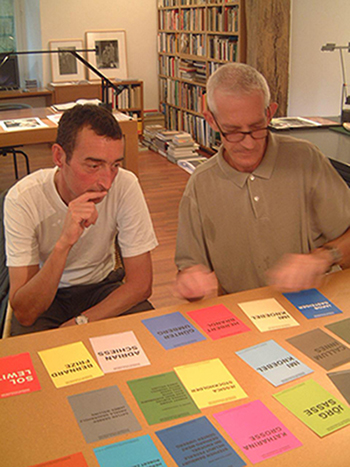